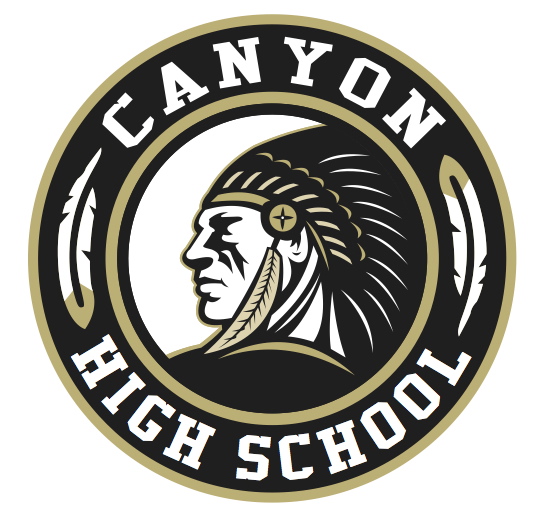 After school detention begins Thursday, January 30th with Mr. Akin in room 117. Detention begins at 2:45 and ends at 3:30. In addition, lunch detention is available 5 days per week in Room 103.  Furthermore, you can make an appointment with Mrs. Emry to serve detentions during zero, 5th or 6th period

SATURDAY SCHOOL: Canyon will offer four Saturday Schools in February (2/1, 2/8, 2/22, 2/29). Always come through the upper lot, as it is the only gate open on Saturday. Please plan accordingly. 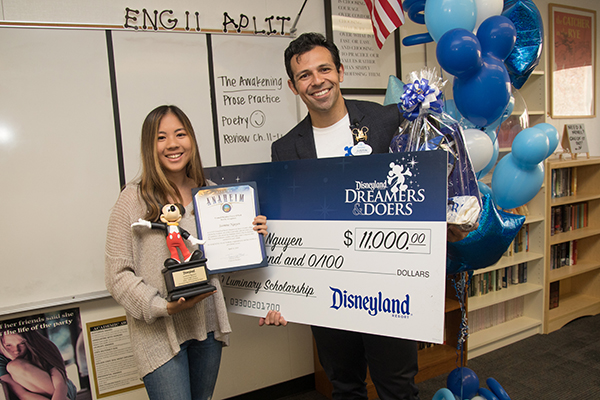 Disneyland Resort Dreamers & Doers are high school students making a difference in their communities and schools. More than 250 students have been recognized by the Disneyland Resort for their positive actions, awarding them pay-it-forward grants and prizes ranging from theme park tickets to college scholarships.

The recipients of this year’s awards have led amazing projects or programs that have impacted their schools and communities in meaningful ways. Our own Jasmine Nguyen earned the program’s top achievement of Luminary, and was awarded a $1,000 grant for our school, a $3,000 grant for a nonprofit of Jasmine’s choice and an $11,000 college scholarship!

Jasmine Nguyen began a chapter of Junior State of America on our campus to provide a safe place for students across the political spectrum to discuss opinions.  Jasmine plans to study law and has expressed she would like a career path that leads to working for the ACLU. 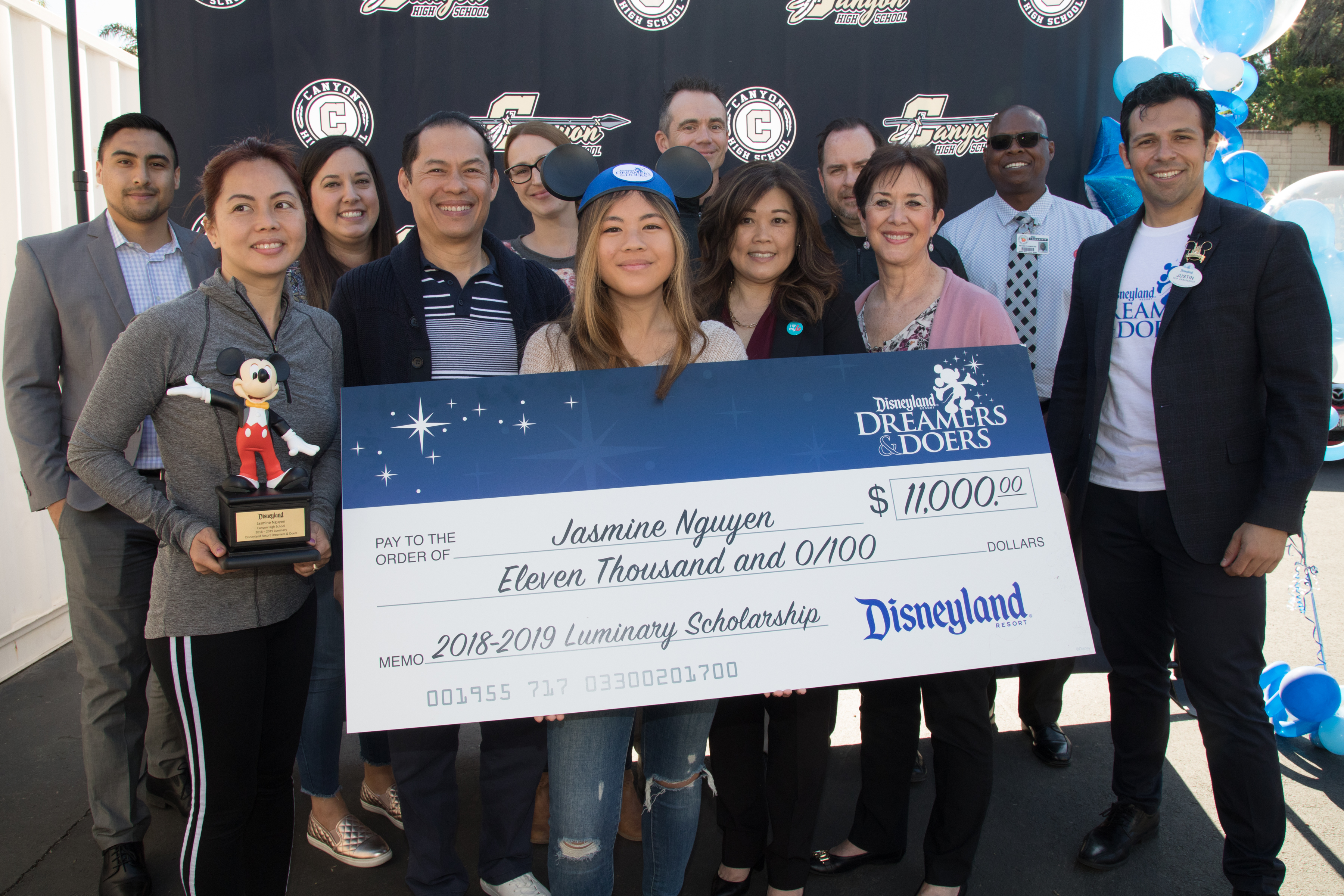 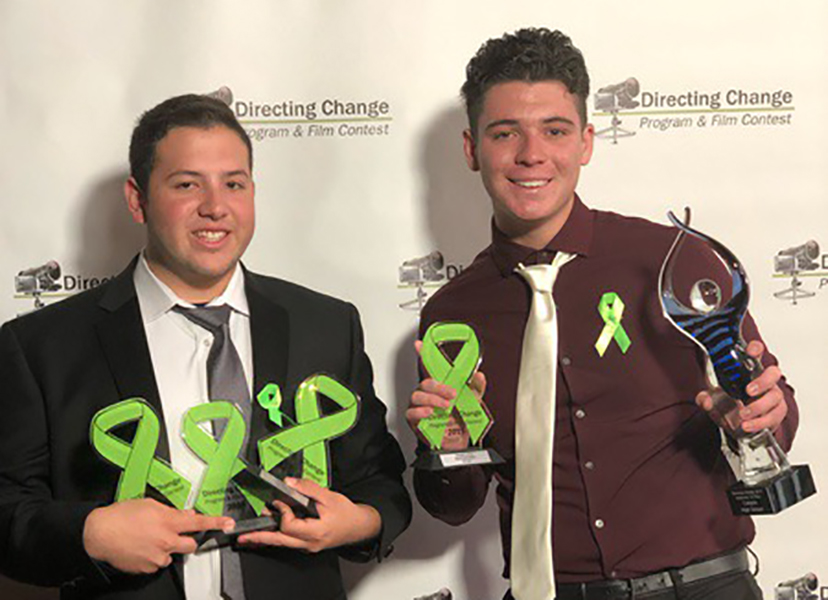 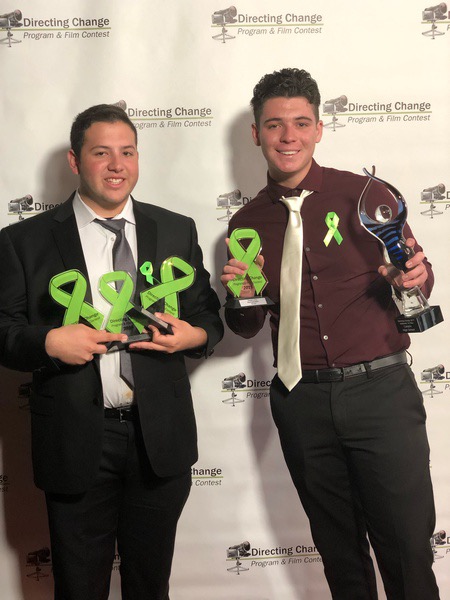 “The Weight” is a PSA about Mental Health created by Vito Lyles, Neema Wangyal, Nick Sherman and Colette Grob from Canyon High School. It took home the highest honor at this week at the Directing Change Film Festival when it placed 1st in the state. Additionally, Canyon had over 20 films that were awarded for regional prizes this year in various categories relating to Mental Health and Suicide Prevention. The students collectively were awarded over $1,500 for their work and the school was awarded a $500 grant for the video program.

The Directing Change Program & Film Contest is part of Each Mind Matters:  California’s Mental Health Movement.  The program offers young people the exciting opportunity to participate in the movement by creating 60-second films about suicide prevention and mental health that are used to support awareness, education and advocacy efforts on these topics.  Learning objectives surrounding mental health and suicide prevention are integrated into the submission categories of the film contest, giving young people the opportunity to critically explore these topics. Program participants – whether they are making a film, acting as an adult advisor, or judging the films – are exposed to appropriate messaging about these topics, warning signs, how to appropriately respond to someone in distress, where to seek help, as well as how to stand up for others who are experiencing a mental health challenge.

Canyon’s Video Production students have participated annually by creating Public Service Announcement videos that focus on Mental Health and Suicide Prevention. This year’s winners had an opportunity to network and participate in panels about how to pursue both their passion for advocacy and interest in film in the future at the award ceremony event and screening held in downtown Los Angeles at the Ace Hotel.

All of the winning films can be screened here: OUSD and Canyon High School students participated in this year's Digital Media Arts Competition hosted by Vital Link. This competition gives art students across the county the opportunity to showcase exceptional pieces they've been working on throughout the year. We'd like to congratulate Sadie Studly for winning first place and Valeria Bermudez for winning second place in the Digital Photography category. Additionally, our students participated in this year's Dream Career Photo Competition hosted by Vital Link. This competition gives students the opportunity to express the dream careers they wish to pursue. We'd like to congratulate Hannah Brown for winning third place in the Southern California category. This excerpt from Hannah's essay describes her passion for pursuing a career as a chef, "When I cook something, I am the artist, I have control over the taste, texture, and appearance of the dish. Cooking also allows me to learn about different types of foods and the cultures they originated from." These students demonstrated excellence in creativity, concept execution and technical skills in the works submitted. We are thrilled for these students and proud of their hard work and dedication! Orange, CA – May 8, 2020 – We are pleased to announce that Canyon, El Modena, Orange, and Villa Park High Schools have each been named a 2020 “Best” High School by U.S. News & World Report. This honor indicates that each school has been determined to be in the top 40% of high schools nationwide. Additionally, each of the four high schools was ranked in the top 1,000 high schools from 553 districts across California.

Each school's directory page includes indicator ranks that explain how it performed nationally and within the state on each ranking factor. This information can be found online at https://www.usnews.com/education/best-high-schools/california/districts/orange-unified-110546

“We are so proud to have each of our four comprehensive high schools recognized among the best in the nation,” said Superintendent of Schools Gunn Marie Hansen, Ph.D. “This distinction is a clear reflection of the great leadership of our principals and hard work of our teachers and staff to fulfill our mission to provide a safe, equitable, and innovative culture of learning for each scholar to have a competitive EDGE as a leader."

Using third-party data from The Common Core of Data, The College Board, International Baccalaureate, and statewide math and reading level assessment tests and high school graduation rates, U.S. News & World Report worked in coordination with global nonprofit social science research firm RTI International to rank schools. Data was used to score schools based on six indicators of school quality, then computed an overall score between 0-100 to reflect performance across these metrics. The overall scores depict how well each school did on a national percentile basis. More information about the methodology is at https://www.usnews.com/education/best-high-schools/articles/how-us-news-calculated-the-rankings